The National CARES Mentoring Movement was founded in 2005, in the wake of Hurricane Katrina, as Essence CARES. We saw then, as the world did, all the vulnerable youngsters who, as much as anything, needed the love, guidance and support of able and caring adults. But we found that for all the need, when the call went out for mentors, White women and men responded first. Black women and Black men were too often not in the numbers. This wasn’t because of a lack of caring. We discovered that it was largely because structures did not exist to bring African Americans squarely into the work. Learn more about National CARES. 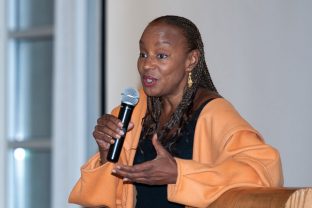 In response, it became Susan L. Taylor’s passion to raise awareness among African Americans of the critical need for massive numbers of able Black men and women to mentor and advance our impoverished children.