Mentoring Urban Students and Teens, or M.U.S.T., one of our mentoring partners, is making a tremendous difference in the community. Now in its 7th year, the organization was started by Rick Newell, whose years of work at the Rotary Boys & Girls Club showed him the importance of positive role models. At the same time, he saw many talented young men working at the club who were high school graduates but had not gone on to college because they did not have the financial means or they did not know how to pursue a higher education. 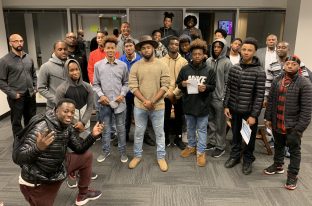 “I started thinking: Why not take these positive African American male role models who want to try college, train them and pay them well to mentor African American youth who are in danger of dropping out of high school,” said Newell. The idea grew and M.U.S.T. was born.

After a three-year pilot effort, Newell found that youth who were mentored were doing well in high school and avoiding the criminal justice system while the mentors were succeeding in getting into college. Today M.U.S.T. works with middle school counselors whose schools feed Garfield, Franklin, Rainier Beach and Cleveland high schools to identify potential program participants.

The mentor and mentee spend time building a relationship. They have breakfast once a week during the sc 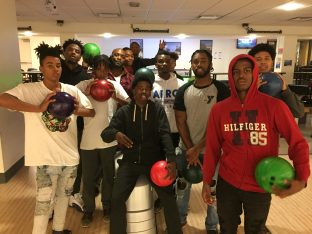 hool year where they talk about such things as what makes a man a man and what aspects in today’s world tend to pull kids down. Group outings are held every other week during the school year and every week during the summer. Through fun activities and conversations, mentors develop a rapport with the young men in their charge, and the mentees develop their social skills by interacting with others in a group setting.

“M.U.S.T. is unique because it serves both youth and mentors,” said Newell. “In addition, MUST mentors receives a coach while they are in the program — older men who help them navigate life and figure out school.” It’s this three-tiered approach — mentee, mentor and coach — that makes MUST so successful.

Because M.U.S.T. focuses exclusively on African American males, a partnership with Seattle CARES was a natural. “We’re extremely grateful to Seattle CARES for its help in finding and providing mentors, and all the time and energy they invest in the program,” said Newell.

In 2019, M.U.S.T. hopes to raise enough funds to support its next cohort of youth. The organization also is looking to diversify its board and to expand to a second location south of Seattle. “M.U.S.T. dreams one day of being a national presence,” said Newell, “but we still need to focus on helping one youth at a time, one mentor at a time, and one relationship at a time. We can all do this together!”