Phillip Bailey has been a mentor with Seattle CARES Mentoring Movement for nearly a year and sees it as a way to give back to his community. He is currently mentoring two brothers who attend Meany Middle School and was recruited through our partner organization, the 4C Coalition. The brothers’ family had been homeless for nearly two years, sleeping in a van. Once that fact was known, Seattle CARES provided clothes and supplies and advocated with King County to get them into housing. 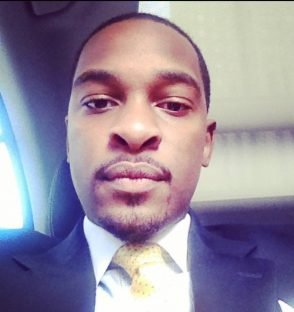 Bailey is the founder and executive director of WorldWide BBMC, a social and human services organization that supports students and parents academically and financially. We talked to him recently about mentoring.

I became a mentor to give back to young Black men. I can relate to the kids because I was one of them. I want to see forward progress for young Black males coming up in this era.

I like the connection I get between myself and the mentees I serve. I like to witness how they are growing and maturing. I love seeing them thrive, and I enjoy being part of the bigger picture. The one thing that surprised me most about being a mentor is seeing how these young scholars use the principles they are learning to overcome obstacles in their lives.

I can relate to these young men. I see a connection between them being young African American males and my own kids. Living in some of the same neighborhoods where my mentees come from, I am going through some of the same things that these kids are dealing with, such as being the only Black male in my cohort at Seattle University and dealing with racial issues.

How do you talk about today’s issues with The Rising scholars?

I keep it real and relatable. I talk to them just as I would talk to my own kids. I use scenarios to play out certain situations and then I go further when it’s needed to help expand the conversation.