Seattle was among the first in the nation to pilot My Brother’s Keeper, a mentorship program that has helped improve attendance and academic achievement among the city’s black youth. The program rolled out in 2014 at Aki Kurose Middle School, and two years later, has expanded to four other middle schools: Denny International, Mercer International, McClure and Washington.

My Brother’s Keeper is one of a network of 19 partners aligned with Seattle Cares Mentoring Movement. Both programs work to give at-risk youth the attention and resources they needed to be academically, emotionally and socially successful.

In My Brother’s Keeper, mentors meet with students twice a week for 1 1/2 hours. Although the program is tailored to meet the needs of individual students, the objectives remain the same: To provide academic guidance and emotional support, and to impart critical life skills such as communications, decision-making and dealing with bullying.

“We provide culturally relevant group and individual mentoring for students who are not currently meeting state academic standards,” said Daisy Catague, Seattle Parks and Recreation’s Community Learning Center Manager.  “All mentors work collaboratively as a team, delivering predetermined curriculum and activities that fit with the goals of the afterschool community learning center.” 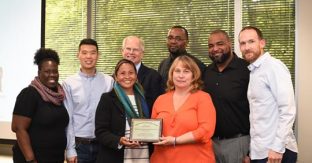 The success of My Brother’s Keeper has been recognized statewide when the program received the Washington Association School Administrators award for excellence.

As the new school year gets underway, Catague hopes to increase the number of students participating in My Brother’s Keeper and to recruit more mentors through its ongoing partnership with Seattle Cares.