In 2019, middle school student August joined The Rising program. That action may have changed the course of his life.

Earlier this year, as August was wrapping up eighth grade, a school counselor recommended he look into attending O’Dea High School. His mother Mercedes thought it was out of reach financially. A few days later, she received a call from The Rising, offering August a full-tuition academic scholarship to the school – one of two Rising students selected.Two other Rising scholars are attending O’Dea, as well.

The scholarships came about through the intercession of Seattle CARES mentor Jeff Forge who is friends with Lucas Dobbs, O’Dea’s vice principal. “Lucas mentioned the school had a private donor interested in funding tuition for two students,” Jeff recalled. “It was great that Seattle CARES leadership could identify the kids and work with the students, parents and O’Dea to make it happen.” 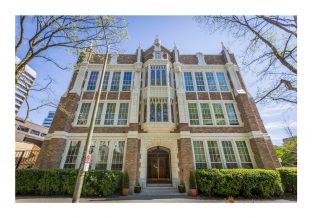 Since 2019, The Rising has offered a variety of support to August and his family. Along with the other Rising families, they received regular phone calls to make sure they had groceries and could pay the rent. August accessed tutors for academic support and went to Wellness Circles where he could share his experiences and hear words of encouragement.

But the greatest bonus was having a mentor.  “August sees his mentor as a life line when he needs help or when his confidence is shaken,” said Mercedes. “They have established a trust that is unshakable. Suddenly a young man who looks poor in support systems feels as rich as a king.”

Mercedes also attends a Wellness Circle for women. “I enjoy this community of scholars’ moms,” she said. “I look forward to that hour of unplugging from the busyness of my life and hearing the wisdom and inspiration of other women.”

Although Mercedes sees some challenges ahead for August – he’ll be attending a school with fewer African American students than he is used to, for example — his mentoring relationships and tutoring support from The Rising have helped him get ready. Her advice for her son? Take advantage of everything O’Dea has to offer!

“I hope this opportunity gives him confidence later on when he applies to colleges,” she said. “I want him to think big about what he will do with his life.”