For the past year, Seattle CARES worked with the Bethune Institute, a non-profit education and research organization in Lexington, Ky., to assess The Rising program. Dr. Lynn Smith, president and CEO of Bethune, led the study. 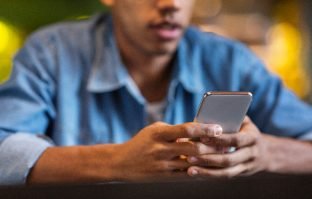 Dr. Smith interviewed the Seattle students at the beginning of the school year and then again in June. “During that time frame, we saw increases in students’ self-confidence, racial identity and racial pride,” said Dr. Smith. “They also improved in social and emotional intelligence.”

Dr. Smith found that The Rising youth had experienced great trauma in their young lives. More than 25 percent had moved or changed schools in the past year and 14 percent had a family member in prison or deported. “The Wellness Circles speak to the students’ trauma because they focus on healing,” said Dr. Smith. “Mentoring circles give them consistent and positive relationships with other adults, relationships that may not be available within their community.”

The Rising was created in 2012 by the National CARES Mentoring Movement. The Seattle program, one of 58 CARES programs coast-to-coast, is unique. “Seattle focuses on male students,” said Dr. Smith, “which is not the case nationally. The Seattle team targets students who can really benefit from the program.” Seattle is also the only regional CARES program that transitioned to a virtual setting when schools shut down in the spring.